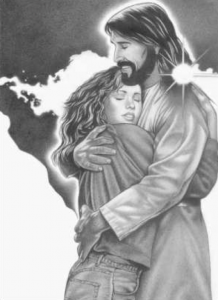 In our ministry journey, we have run the gamut from deliverance ministry to a focus on freedom delivered completely through truth and the cross. Through years of experience, we have learned that focusing on truth rather than spiritual warfare is the most powerful and most effective means to bring a person to freedom, and this can be done in peace. If we follow the Jesus's complete teachings on spiritual authority all of the way through to the resurrection, we find that this was his focus and is a deeply biblical position.

Spiritual warfare is targeted at the parts

Ninety-nine percent of spiritual warfare is targeted at parts, where identity damage is already in place and is most deeply rooted. Parts are easier to influence into anger, self-medication, or other unhealthy beliefs and behaviors. Too often people are defeated by the enemy’s attacks because they do not know how to find the root of his focus, which is in a broken part. Nevertheless, healing parts and removing their strongholds is about finding truth, not fighting Satan.

Why would God, who created all things, say such a thing? Wasn’t he already God? He said this because people had given Satan authority over the world through sin. But when Jesus atoned for all sin (even if people don’t accept him), he removed Satan’s right to use that position of authority. All people were now able to come to God by their own free choice through grace! Spiritual authority over all people is now managed by Jesus. Like any king, Jesus’s authority is about building his kingdom into people’s hearts. To understand the implications of this, all you have to do is ask, “Is there anything of the kingdom of Satan that was not covered by the cross?”

Spiritual warfare is Satan’s idea, not God’s (Revelation 12:17). To “go to war” against Satan means you are reducing yourself to Satan’s mindset. This is not God’s way. He never reduces himself to another’s level of thinking. He wins by raising all things up to himself, his mind and his truth. God did not offer us such a great salvation only to throw us into the ring with demons and say, “Use your authority!” He gave us the authority to be fully reconciled to Truth, which neutralizes the enemy.

In reality, Satan does make war on God's children. That is not going to stop. What people don't often realize is that picking up his challenge to fight propagates about 95% of spiritual warfare. As one famous Bible teacher put it, 95% of spiritual attacks are nothing more than attempts to distract you or get your attention.

Satan has an answer for every spiritual warfare tactic that can be thrown at him, but he has no answer for love. God can be at full power, soundly defeating the enemy and destroying his strongholds, while working in perfect peace with love. This brings about the most thorough defeat of the enemy possible.

We are not unaware of Satan’s schemes (2 Corinthians 2:11), but we follow Jesus rather than focusing on chasing down demons with our spiritual authority. As previously stated, Jesus said that truth, not spiritual authority, sets you free (John 8:31). Setting the heart free with truth is the most powerful act of spiritual authority in God's kingdom. Regardless of what happened to you, this is how healing the heart is accomplished. Freedom is found in “I Am,” not “you do.”