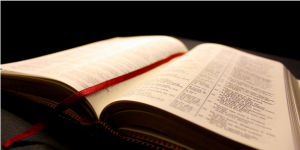 A biblical definition of brokenness

The most explicit definition of brokenness is found in the Hebrew and Greek of Isaiah and James. Isaiah 61:1’s phrase, “He has sent me to bind up the brokenhearted,” is the most well-known Bible verse regarding the brokenhearted. However, its full meaning is not well understood. To grasp the depth of this verse, we must know that the Old Testment views the heart as much more than just feelings. To Old Testament Hebrews, the heart was the center of who we are, encompassing our thoughts, will, and emotions. Theologically, it is virtually the same thing as the mind or the soul in the New Testament. The Hebrew term for brokenhearted is leb (heart) and shabar (broken). Isaiah’s use of these words is far more literal than figurative. It means that the heart can be broken into separate pieces, and numerous examples in Scripture back that up. The clearest confirmation that the broken heart in Isaiah is literal may be in the use of the term “double-minded” in James. When James wrote his letter (the first letter to the New Testament church), words for double-minded already existed in the Greek language. However, the Holy Spirit led James to coin a new word, dipsuchos, for his purpose. Dipsuchos is the Greek prefix di, meaning “two” and the suffix psuchos, meaning “soul.” The literal meaning of dipsuchos is “double-souled.” Now this does not mean that people have two souls. James means that double-minded behavior comes from two contradictory parts of one soul. In other words, a double soul is a division of the mind, emotions, and will that produces contradictory patterns of thinking. The Holy Spirit was intentional in giving James this new description of the mind right after the one who promised to bind up the brokenhearted ascended and sent his Spirit to deliver the truth that sets us free.

Other Scriptures on the broken heart

A sampling of Scriptures that speak of brokenness as a condition of the heart/mind are: Psalm 12:2: “With flattering lips and with a double heart they speak.” Psalm 34:18: “The Lord is near to the brokenhearted and saves those who are crushed in spirit.” Psalm 86:11: “Give me an undivided heart that I may fear your name.” Jeremiah 6:14: “They have healed the brokenness of my people superficially, saying ‘Peace, peace, when there is no peace.’” Jeremiah 8:21-22: “For the brokenness … of my people I am broken … Is there no physician there?” Jeremiah 32:39: “And I will give them one heart and one way…”

Examples in the people of Scripture

As we consider the evidence for brokenness in some of the Bible’s major figures, let us remember that both modern day behavioral science and Scripture point to brokenness as a universal condition. All Scriptures regarding brokenness are written to the full biblical audience, not a fringe group struggling with special problems. The writings of biblical figures such as David and Paul seem to show them as particularly in touch with divisions in their own hearts, as you might expect from godly men who knew the heart and the Lord so well.

The man after God’s own heart without any question had a deep, Spirit-filled connection to God. He also had behaviors that appeared to be anything but after the heart of God. He had an angry, knee-jerk reaction to Nabal and was going to kill him for not supporting him and his men (1 Samuel 25). He gave into immature lust, impregnated Bathsheba, and then murdered her husband to hide his crime (2 Samuel 11). He shows great swings of emotions and perceptions of brokenness in Psalms. He recognized that his own heart was not “united” in reverence to God in Psalm 86:11. In Psalm 42:5, he writes that his heart felt despair and had a disconnection from God from deep within his soul. He describes the Lord’s nearness to the afflictions of “the brokenhearted” in Psalm 34:17-19. These are all classic descriptions of a fragmented heart, where it is possible to be deeply committed to the Lord while suffering emotions and behaviors that are inconsistent with God. David’s childhood, where he was treated by his own father as less valuable than his brothers, could easily have provided the identity damage that formed broken parts holding rejection, the need to medicate pain, and overwhelming anger alongside an adult core self who was deeply devoted to the Lord.

Perhaps the most transparent description of the inner turmoil of brokenness comes from the apostle Paul. In Romans 7:15-25, he writes that he is doing things he hates (vs. 15), yet he recognizes that he (presumably the adult part of him writing the Scriptures) is not the one doing these things (vs. 17). He states that it is he who is habitually doing things he finds to be evil, even though he (presumably his adult self) does not want that behavior in his life. In other words, Paul is saying some part of me does things that are out of sync with God, while the one who is writing this letter is deeply committed to him and does not want those things in my life. This is the classic struggle of the flesh and the Spirit, which comes out strongly in the struggles carried in our parts. We also see some evidence of brokenness that might be rising up in Paul in incidents such as his argument with Barnabas over John Mark (Acts 15:36-41).

Peter seemed to vacillate between the soul who knew the Lord’s identity before anyone else and his fleshly side who always wanted to take matters into his own hands. In Matthew 16:16, Peter confessed by the Holy Spirit that Jesus is the Christ and then turned right around and tried to talk Jesus out of going to the cross, a statement Jesus attributed to Peter listening to Satan (v. 23). Peter’s denial of Christ (Matthew 27:26-75) seemed to come from a different part of him than the one who promised to die for him (Matthew 26:33) and who swam ashore to meet Jesus after the resurrection (John 21:7). When Peter came to Antioch, Paul rebuked him for being double-minded by preferring Jews over Gentiles (Galatians 2:11-14). Even Peter’s response to the transfiguration, wanting to build tabernacles for Jesus, Moses, and Elijah (Mark 9:5) was a focus on doing something rather than understanding and getting to know Jesus as God incarnate. This is classic para-self behavior because para-selves are always focused on what to do, seeking satisfaction through getting things done. (See “A very important universal part.”) This may have been Peter’s para-self. All broken parts are managing life with the mind of the flesh (focusing on self rather than God). This was enough of an error that God interrupted the transfiguration and told Peter that his son was here and that he should be listening to Jesus rather than telling him what should be done. While my interpretation of these events is admittedly conjecture, Peter had a pattern of vacillating between sides of himself that behaved quite differently as circumstances changed. This is another classic symptom of a broken heart. 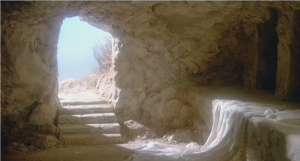 Lastly, let us not miss the importance of Jesus announcing his public ministry by stating that he came to bind up the brokenhearted. This is more than just another promise of God. Think of what would have happened if the king of England came to the new world, walked ashore, planted a flag, and then said, “I came to …..” It would have been one of the most mission-defining statements in the settling of America. That is exactly what Jesus did when he read from Isaiah that day in Nazareth (Luke 4:14-20). The importance of that statement has to be understood by its place in the story. It marked Jesus’s mission. He knew that the ultimate purpose of the cross, restoring fellowship between the Father and his children, requires healthy hearts and that brokenness stands in the way. There may be no greater endorsement of ministry to heal brokenness than this.