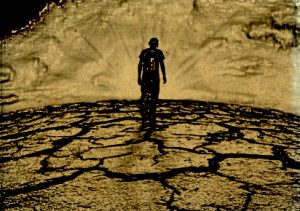 As we go through life, we may handle situations as a level-headed adult until something triggers a broken part. Then the pain and beliefs carried in the part influence or govern how we handle the situation. Emotions may spike, behaviors may blindside us or be more difficult to control, and immature or unhealthy attitudes toward ourselves and others can surface.

Our parts hold attitudes, emotions, habitual behavior, and things as serious as addictions and symptoms of mental disorders. Unless the help we seek reaches these parts and deals with the identity damage that caused them to form, these behaviors can always be triggered, no matter how determined our adult selves are to put them to an end.

Having parts versus having dissociative identity disorder

Having child parts is not the same thing as having dissociative identity disorder (formerly known as multiple personality disorder). Dissociative identity disorder (DID) happens when a part becomes visible to the core adult as a separate identity and affects the core’s management of life. This happens in only in .5% to 1.5% of people and is usually the result of severe trauma. DID can also be diagnosed by additional symptoms that are beyond the scope of this article.

Those who do not have DID feel the impact of their parts but do not see the parts. We don’t notice a part’s activity because: a) the part is still us, and we don’t feel like a different person, and b) we’re often not alarmed by the behavior change because the behavior is age-appropriate to the part and its view of the world.

As a general rule, parts fall into two classes: those that center on coping mechanisms and those that are absorption points for lifelong, deep pain.

The first type, the coping parts, can hold pain or any other human emotion(s), but these parts are defined by the event that caused them to form. They are stuck in the past and still see the world through the perspective held when the part formed. Over time, these parts develop ways to cope with their stress or distress such as anger, withdrawal, drinking, mental disorders, manic or depressed behavior, etc. They are primarily coping with life based on the event that caused the part to form and the problems that the event caused. Many coping parts can be healed with great benefit.

The second type of part also forms in response to an event, usually a painful one, but these parts continue to absorb pain as life develops. If present, they hold the pain from strings of events that affected them throughout life, reinforcing the original pain and identity wounds carried in the part. Instead of being defined by a single event, these parts are a collection point for a stream of lifelong pain, and their wounds are very, very deep. They can carry hopelessness, anger, disappointment with God, very low self-esteem, and more. If these parts are not found and healed, an undercurrent of pain and struggle will continue. Healing these parts can take longer due to the number of events they absorbed and the depth of pain they carry. Finding these parts can be critically important to a person's overall emotional freedom. In many cases, they are found only after most of our coping parts have been healed.

The expression of coping mechanisms in parts

We have two centers of reason in our minds, one cognitive and one emotional. Most parts are cognitively mature but emotionally immature. In other words, they may understand your job and communicate with an adult vocabulary, yet they interact with the world with the emotional maturity of a child. If a part formed at age five, they will process emotions and relationships through the eyes of a five-year-old. Parts may carry childish sensitivities, obsessions, fears, anxieties, etc., into your adult world with them. Likewise, their coping mechanisms reflect their emotional maturity level. If an adolescent part finds that alcohol helps numb its pain, it may pursue alcohol with an adolescent’s lack of judgment and restraint. It may only be concerned about numbing the pain and not the impact of drinking on their life. The part can be triggered to drink by anything that touches its pain. The same can be true of parts that are angry, shy, arrogant, promiscuous, etc. Parts, as individuals or groups, can carry also symptoms of mental disorders.

From a clinical perspective, missing memories (and losing time during the day) are signs of parts. That is because the missing information is carried in a part. In many cases, the part has blocked its own memories, or the part doesn't not share memories with our core adult self. The memories are there. Our minds capture everything. In many cases memories can be recovered, but doing so is rarely, if ever, necessary for a person's healing. Depending on the reason for the blocked memory, recovery of memories can sometimes be very unreliable. Regardless of the presence or absence of memories, the identity damage that caused the part to form can still be addressed with a full effect of healing. Therefore, we rarely attempt to recover memories in ministry and do not recommend doing so as a regular ministry practice.

Parts of a different race, sex, or species

Parts can be found that feel they are a different race, sex, or even species than the person from whom they broke. This is usually the expression of a coping mechanism in the part that caused them to feel they needed to be different from their core self. For example, if mom and dad are always telling a little girl that she should have been a boy, she may feel the need to meet mom and dad’s expectations so strongly that a male part forms to do so. I have met parts of a different race in a person because as a child, they admired and wanted qualities they saw in people of the race that the part assumed. The enemy can be heavily involved with these parts, beginning by reinforcing the root lie that the person was not sufficient as created by God.