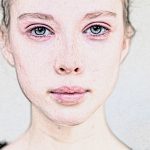 When children grow up in a home with emotionally distant parents, by age two or three at the latest, the child will feel a need to find validation. A part will often form who carries the emotional deficit from the parents’ lack of attention and who works to overcome that by seeking validation. This part will carry the belief that they have to earn the right to be loved for the rest of their life.

The first person I ministered to felt a six-month-old child who they said was sitting on the floor holding up her arms for someone to pick her up. Her father had just abandoned the family, forcing the mother to go back to school. Mom had to leave her daughter with her sister, who thought children had to be “broken” of their constant need for love and attention. The sudden isolation from her mother and the aunt ignoring her need for affection caused her to form several parts over the next three years. These parts carried lies such as, “God doesn’t care about me enough to meet my needs,” and “I have to perform to be accepted,” etc. These beliefs caused the adult woman to carry relational insecurities into a good marriage and to feel as if she could not receive some of the blessings God wanted to give her.