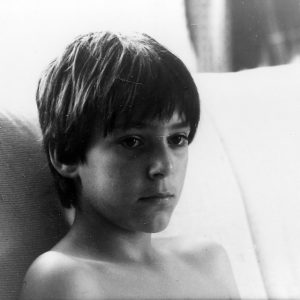 A shy young boy, who was a cute child, found himself getting unwanted attention from adult women at church who would pick him up and ogle his cuteness. His mother enjoyed having a cute child and encouraged the encounters. The little boy, however, was intimidated and confused by the unwanted attention and the women’s loud voices. He did not understand why big girls, who were so different from kids his age, would do this. He was intimidated by their physical development and overwhelmed by their intimidating encounters.

A wounded little boy part broke from carrying the pain and fear of older (post-puberty) women. Throughout his dating years, he was fearful of girls, always feeling they were above him. He found out years later that a number of girls that he had idolized, but counted as too far above himself, were attracted to him. Even as as adult in his fifties, he carried an inner fear of women who might be decades younger than himself. He would cut conversations short, feeling intimidated and inferior to these women, many of who were young enough to be his child.

All of this came from a shy, inner four-year-old who was stuck in the past, still seeing women through his four-year-old eyes. To the four-year-old part, a twenty-year-old woman felt older and as intimidating as they did nearly 45 years earlier.