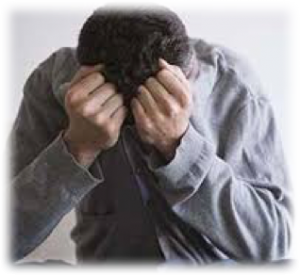 We usually find addictions in adolescent parts who realized that something like alcohol or pornography would temporarily medicate pain. Such was the case for a 13-year-old boy, heartbroken by his parent’s divorce, who saw his mother sink into deep depression and withdraw from life. She spent her days in bed, non-functional, doing nothing to to support herself and her son. The boy because frightened and believed that he needed to find a way to provide for the family. So he tried to become a writer at age 13.

His lack of success left the adolescent feeling worthless and depressed. One afternoon he stumbled on a pornography magazine laying open in the street. He delved into the magazine, finding temporary relief from his emotional pain through fantasies and masturbation. A 35-year addiction developed, driven by a 13-year-old broken part who had turned to an inner world of pornographic fantasy to meet his need for relational connection and self-esteem. The part was also angry at God, believing that God left him uncared for. The adult man believed in God but had trouble hearing God due to his belief in his own estrangement. This caused the inner pain he carried to spiral downhill to the point that he became suicidal.