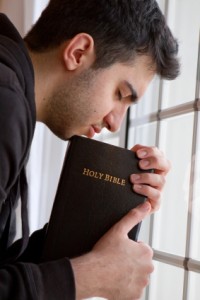 A four-year-old boy cut a deep gash in his hand while on a summer walk with his mother. After running home in a panic, his mother held the frightened boy’s hand under running water for several minutes. The boy didn’t understand why mother would keep his hand under the water that increased his pain for so long. Then at the doctor’s office, the Novocain used to deaden the wound did not take. Each stitch felt like a hot ice pick being pushed in his tender hand, causing him to cry out in pain. His mother tried to convince the doctor that something was wrong, but the doctor ignored her, believing the boy was only being hysterical.

This experience caused a part to break in the boy who believed that people who were supposed to love him were going to hurt him. This part caused him to hold people at arm’s length, never letting anyone get too close through the different stages of his life. While the adult man knew better, the pain in the child’s heart overrode the mind of the adult man, causing him to allow no one to see deeply into his heart and become a trusted confidant, leaving him isolated in relationships for most of his life.