Part of me feels …

The sense that “part of me” feels one way while "part of me" may feel another is one of the simplest ways to recognize parts. This is different from being undecided or unsure about something. It is the sense that my heart is carrying two distinct perspectives, or that some “part of me” is strongly pulling me in some direction or reacting to something. It may feel like an inner voice directing you, an inner fear or desire, or an emotion that will not go away. In people who maintain strong self-control, or in those who have shut down their emotions for self-protection, this sense may not be recognized at all. Nevertheless, if they examine their life, they will usually see evidence of triggered, inconsistent, or problematic behaviors. 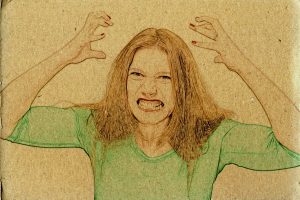 When a child gets upset, they express their emotions far more strongly than an adult. The same is true for our inner children. Our own child parts can react to problems with a child’s emotional intensity. Emotionally, these parts are a younger version of ourselves. The clues to recognizing that an emotional reaction is from a child part are: a) the intensity of an emotional reaction is out of balance compared to a mature adult, and b) there is difficulty getting the emotions calmed down. When your adult self is emotional, you can make a choice to calm down. When a child part is triggered, you don’t have the same ability because the emotions are coming from a different part of the mind. The part must calm down on its own before the emotional reaction will be over.

Child parts often become active because something triggers them. This means they can spring into action so fast that we are blindsided by our own words or behavior. We may find ourselves saying something that we know is inappropriate but feel unable to stop it. We might be thinking, “Why am I saying this?” while the words continue on unabated. Two parts can be co-active in this manner. Our emotional “care abouts” may suddenly switch, changing the tenor and direction of an encounter.

Impact on a marriage 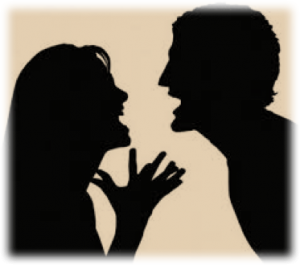 To a nine-year-old child, the thought of being married to an adult is unfathomable. Likewise, our inner children see our spouse as married to the adult core self but not to them. If the marriage is good, parts may like the spouse. If it isn’t, the spouse may be a threat to them. If one spouse has been sexually abused, they may react to otherwise healthy sexual intimacy like a threatened child, because to the inner child, the spouse is a sexual threat the same way they would be to a true child.

Since the inner child does not have the same emotional stake in protecting their spouse’s heart as the married adult self, their reactions may show no concern for the emotional health of the spouse. The argument may be about an adult issue, but the anger comes from childhood wounds carried by the part. Often, you cannot “land the plane” to settle the argument because the issue at hand is not the root problem. It is pain stored in an inner child’s heart.

It is not uncommon for different parts to hold opposite extremes of emotions and behaviors. These may form in an attempt to balance behaviors or emotional needs. For example, a part expressing confidence and emotional highs may have been formed from a need to offset hopelessness and depression that is carried in another part. A part that is aggressive and bullying may be offset by one who is fearful and insecure, etc.

Parts are responsible for inconsistent relational connections to God. Our adult core may feel unconditionally loved and saved while a part may feel as if God is distant and is never pleased with them. This can cause many people to carry undercurrents of beliefs that weaken their faith. They question their faith only because they do not realize that they have struggles rooted in child parts.

When our adult core gets saved, many of our parts don’t immediately follow and make the same commitment. Our whole person is still saved. However, a significant number of our parts can be out of touch with our salvation. Parts are still living in the circumstances in which they were formed, which may not have included salvation. This produces the classic struggle between the flesh and the Spirit. Reconciliation of parts to Christ is not difficult once they are found.