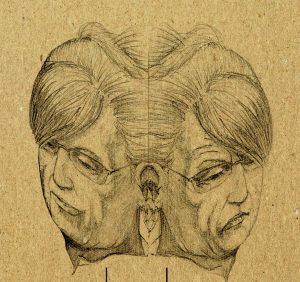 A woman arrived for her appointment one morning discouraged, talking of how hurt she was by her husband’s lack of emotional connection in the marriage. She indicated that she felt the Lord’s presence rather strongly as she discussed the pain her marriage was causing her. However, as the conversation progressed, she shifted to a more hardened voice and began saying things like, “If he would only do X, we would be okay.” Along with her voice, the tone of her facial muscles and the focus of her eyes shifted noticeably.

I told her that her para was now up, but she responded with, “I don’t feel different. I just feel like me.” I told her that was right, the para is still her. Then I asked, “How close do you feel to the Lord right now?” She responded with, “Huh? He feels like he is a million miles away and doesn’t care to be involved with me!” Para-selves rarely cultivate a connection with God because of their strong dependence on self. They often believe that they need to focus on the practical needs of life rather than God.

After we repaired her para-self’s relationship with the Lord and corrected her dependency only on self and healed some wounds, the woman’s core and para blended. The next morning she arrived optimistic, knowing that she had a difficult road ahead of her, but knowing that with God’s help, she could meet the challenge ahead. I could literally hear the blending of the softer voice of her core self with the more edgy voice of the para as she spoke. It wasn’t like listening to a mosaic of two voices. It was more like blue and yellow blending to become green. She felt as if she had gained a new lease on life.