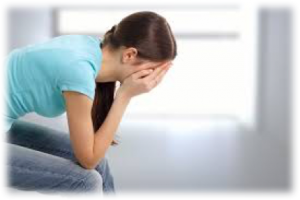 Is SRA real? Are the memories true, or are they fabrications? The answer to this question is that both true and false memories often exist side by side. It is understandable that many counselors and pastors believe SRA is a fabrication because the existence of any false memory can discredit belief in all memories. In fact, the number one deterrent to successful SRA ministry is false memories. I have worked with or met numerous people who have spent many well-intentioned years processing very painful memories. They believe they are making progress while, in some cases, their overall condition deteriorates or never improves. You may even see a temporary improvement followed by a greater setback.

The following is an example of a false memory from one of my sessions: The memory was of 109 nine-year-old boys in a lodge of a small organization, in a small town in rural Utah. The boys were piled on top of each other in a homosexual orgy. I was caught by the logistics of the memory. The sheer probabilities of finding enough Satanist families with membership in the same small organization who also had nine-year-old sons, gathered in a small rural town, are astronomically small. We asked the Lord to remove the memory if it was false, and it immediately disappeared.

Another example of false memories are memories of violence of such a nature that the person retrieving the memory is traumatized by the memory itself. These ministries are often demonic or pre-conditioned ploys to cause a person to turn away from ministry, believing they do not have the stamina to deal with the memories. When the Lord is in control of a ministry, he will never traumatize a person with their memories. I have discovered too many warning signs of false memories to list in this short article.

Nevertheless, some false memories will usually go undetected. The issue is not whether this type of deception happens. It will. The issue is that with the right emphasis on the cross rather than Satan, God will always be in a position to bring the process back on track.

Healing SRA can and should be a very life-giving process. Peace is found in the heart of Christ, not in warfare. The victory of the cross provides more than enough for us to work in spiritual authority that is exercised in peace. Remember, God can be at full power while working in love and perfect peace. Love is his most powerful attribute.