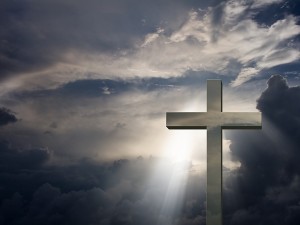 I observed early in my life that I had puzzle pieces that showed me I was different from other people, like they remembered most of their childhood, and I only had a few little mental photo shots of my life. Another was that all through my life, I always had to do the math to figure out my current age. And about 30 years ago on a Mother’s Day Sunday, I had to do it again. I was an active pastor’s wife sitting in a pew with my five young children during the part of the service that is to honor the mothers. And in shock I asked myself how I could have lost 10 years of my life, for I had no memory of the last 10 years.

A few years later the marriage and other life issues became too much, but the Lord stopped me from taking my life one night and then guided me to a Christian counselor that put the different puzzle pieces together and called it “DID” (dissociative identity disorder). Praise God! Everything finally made sense and for the first time, little parts, personalities of me, had freedom to start speaking in their own voice to someone in the outside world. It was such a relief to have this challenge identified and begin my journey to recovery with a direction and the much-needed expectation that things can improve, and I can heal.

After doing research on DID, I was convinced that I did not want traditional help which could take a lifetime of very difficult therapy and drugs where some got worse and few were healed before they died. My God heals! That truth helped me through the years of praying and looking for the person that could truly help me via the Lord and they not try to limit what or how God wanted to work my healing.

There have been psychologists and psychiatrists that admitted they did not really know about DID, another that discovered her own DID within herself after talking with me, and another told me seven years ago that I would live out my life in a psych ward, medicated and taken care of, and then told me to leave. Christian deliverance and church ministers have told me each personality was a devil, or I just need to repent or forgive people. I just need to straighten up and stop it, or read this book, and one disallowed me to worship as everyone else because I might release demons. Well-meaning Christians and others, whether or not they’ve known my challenge, have increased my wounds.

One day about four or five years ago while I was talking with the Lord, He led me to change my prayer for help. I told Him I didn’t want to go through the memories or the pain of what caused the DID for I did not believe it was His heart for me. I only wanted to experience the pain and remember those things the Lord knew I needed that could benefit someone else one day, but I knew it was not His heart that I relive all of that. I wanted someone to help me that had a real relationship with Jesus Christ and Holy Spirit, who listened for and was sensitive to God’s lead and obeyed Him to guide and direct in my healing, who didn’t limit God to man’s box of methods and beliefs which can make things worse. I wanted someone that believed with me that it would not take a lifetime, but that true healing could even be done in a few years.

Shortly after that the Lord led me to a website called Hope Preserved, where the Lord continues to answer my prayers years ago via Mark and Risa and has so blessed each time we’ve met. Mark has displayed the heart of Father for this ministry and for me through the three years’ equivalent of a day a month of working together, my countless texts for prayer help (he even cared for an update text when I’m better), their sacrifice of time and money, plus patience. I’m sure there has been discouragement at times, but he has not given up. Praise God!

Before Mark, the Lord had already revealed 35 personalities, and over half of those were blended at times while I was alone with the Lord. With Mark and the Lord together, my spirit has been strengthened, plus 12-13 parts of my core personality are now restored. There has been a positional sense of presence of the restored core within me, a growing center place of direction and stabilization, a foundation within that was not there before. Today about 115-120 personalities have been healed and blended. I have more clarity of thought in life, less debilitating issues, and shorter recovery of issues. I’ve praised God countless times for answering my prayers for healing via Mark and Risa. It has been a real blessing to have someone my system, my inner family, looks forward to getting to work with, and because we meet with the Lord for true healing, blending and growth happen.