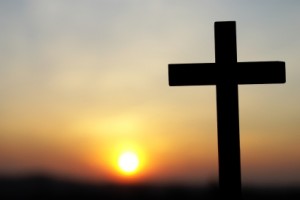 Satan does not have a cross

Many SRA survivors were told in rituals that the abuser purchased their soul, and therefore, Satan owns them for eternity. Some use of blood usually reinforced the message in an attempt to convince them that they just matched the power of the cross. Nothing could be further from the truth! The only thing that can "purchase" a human soul is the spotless blood of the Lamb of God. We are redeemed, bought with a price by Jesus's sacrifice (1 Corinthians 6:20). Satan has no ability to gain a true right of ownership of a person.

Satan is no longer ruler of this world

John 12:31 says, "Now the ruler of this world will be cast out." Satan gained his previous position through people's sin (we gave it to him). The cross atoned for all sin, whether people accept Jesus or not (1 John 2:2). This is what cast Satan out of that position. Any right of eminent domain Satan may have held to bully his way into people's lives are now gone.

Satan's only power comes through influence

Satan has no more remaining spiritual authority than an unsaved person. He has power, but he has to gain a place of influence (Ephesians 4:27) before that power can be exercised. The more influence he gains, the more power he can express. Removing strongholds is not an issue of power versus authority; it is an issue of truth versus lies. We remove strongholds by dealing with the lie the stronghold is built on. We do not have to fight battles that Jesus has already won.