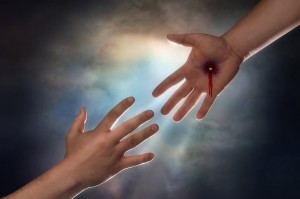 When we see the original meaning of the Hebrew words and phrases that define ancestral iniquity, we find that it is actually an intervention initiated by God for the purpose of reconciling wayward children to himself. It is not a curse or automatic inheritance. Our reference passage is Exodus 20:3-6 (with the key words underlined below):

“You shall have no other gods before me.
“You shall not make for yourself a carved image, … You shall not bow down to them or serve them, for I the Lord your God am a jealous God, visiting the iniquity of the fathers on the children to the third and the fourth generation of those who hate me, but showing steadfast love to thousands of those who love me and keep my commandments.”

To understand what God is doing here, we need to see three things:

If we were to paraphrase Exodus 20:3-6, it would read something like, “I am a jealous God, intervening in the lives of my children, letting them feel the errors of the ways of their fathers until there has been enough pain to cause them to choose to turn back to me as their true father, so that I can bless them.”

How do I deal with ancestral iniquity in my life?

I am not much of a fan of  prayers that break or cancel ancestral iniquity because I don’t like treating an intervention of God as if it were a curse. Likewise, don’t confuse ancestral iniquity with the Adamic inheritance of a sin nature and try to break it all the way back to Adam. Our sin nature is dealt with through the cross and through the sanctification process. Ancestral iniquity is motivation to bring specific issues back to the feet of Jesus for full restoration of the heart to him.

Ancestral iniquity does not give the enemy the right to control you. He still has to win the battle of influence over your heart and mind. The ultimate root of any stronghold is still identity damage (or a negative belief about self). Deal with ancestral iniquity as you would any other foothold or stronghold. Ancestral iniquity is usually going to require healing broken parts that carry the influence of the iniquity.